By Stan G. in News 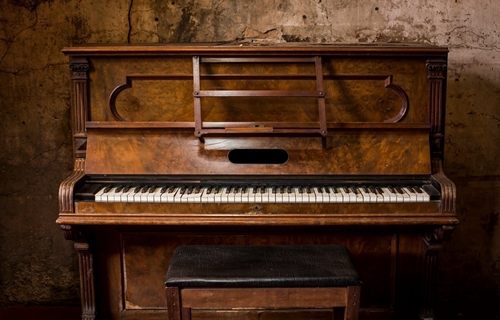 Asbestos fibers were used as a material strengthener and insulation for thousands of products and construction materials. By the 1940s, dozens of companies were using asbestos fibers for making items found in almost every aspect of our life, which could be found in a variety of typical domestic household items.

Today, when we think of asbestos, we might imagine insulation, siding, roofing, and vinyl floor tiles as common asbestos applications. However, because of its appearance, soundproofing, and heat-resistant capabilities, asbestos was applied in some unique ways over the years.

Asbestos paneling has been used throughout the 1940s and 70's to line the blower box of church organs. In order to determine if the organ blower box was lined with asbestos, it is necessary to remove the cover. Due to the friable nature of the asbestos, which also lines the cover of the box, a licensed company should be contacted to examine the blower box.

The Insulation Used in Some Old Pianos Included Vermiculite, Which May Contain Asbestos

The inside of an old piano may contain a damp chaser system, which was known to have contained white chrysotile asbestos as an absorbent in the dehumidifier unit used up until the 1980s to prevent internal moisture damage. Some damp chasers were also insulated with vermiculite, a naturally occurring mineral; some vermiculite ores contain tremolite asbestos.

Key hammers felt used to dampen the piano key hammer in older pianos could have been made with asbestos; fiber dust residue can be found throughout the piano caused by the asbestos felt hammers wearing down. The wiring to the damp chaser system could also have been insulated with asbestos due to the requirement for heat protection. Some experts believe that asbestos millboard was used for some component parts for pianos made in more humid climates where damp environments can deteriorate the sound quality of a piano.

Piano parts that may contain asbestos:

Do Not Disturb Asbestos Unnecessarily

Expert opinion suggests that asbestos-containing materials are not a risk if they are in good condition. If they do become damaged or their condition deteriorates, then asbestos particles can be blown into the sound chests of the instrument, where they can escape through the pipework into the building as the instrument is played, with the obvious health risk involved. It does not necessarily mean, however, that if such an event occurs, the instrument has to be removed and destroyed.