What You Need to Know about Asbestos Testing: The Process, Costs and Testing Companies

By Stan G. in News 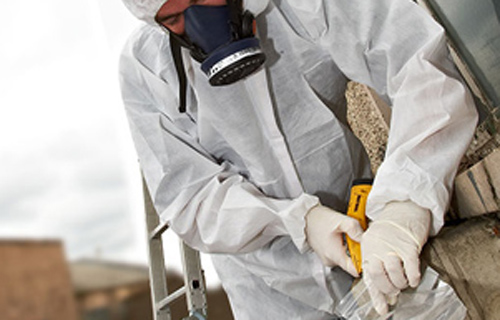 By now, it is well known that exposure to asbestos is responsible for a series of severe conditions and diseases such as asbestosis, pleural disease, and mesothelioma. The use, as well as the import of asbestos, asbestos-containing and asbestos-tainted materials and products, has been completely banned in 55 countries over the course of the last four decades. However, there are still numerous exceptions, including the US, where asbestos use and import are improperly regulated, continuing to pose a great threat to public health.

Due to the low costs and accessibility, some companies turn a blind eye to building materials imported from China or India, two of the top producers of asbestos in the world, which contain or may be contaminated with asbestos fibers, thus further allowing and perpetuating exposure to this toxic mineral. Consequently, the risk of being exposed to asbestos while inhabiting a recently built house is higher than you would probably expect. Moreover, a great number of buildings which were erected before 1980 contain significant amounts of asbestos in their floor and ceiling tiles, roof shingles, insulation, pipe cement, sheet vinyl, and wallboard, as well as in other components.

It was only in the early 1970s that government agencies such as the Occupational Safety and Health Administration and the U.S. Environmental Protection Agency started raising awareness regarding the dangers of exposure and eventually succeeded in getting asbestos more effectively regulated. Thus, it is strongly recommended to test your house for asbestos, regardless of the year of construction, as asbestos-containing materials only entail a higher danger to your health as they become old and brittle. Due to friction, fibers are released into the air and can subsequently be inhaled. There are multiple ways to test your house for asbestos and their cost varies depending on the complexity, as well as on the urgency of the procedure.

Off-site testing involves sending a sample of various materials from your house, such as floor tile, mastic, sheet vinyl, and cement tile siding, for analysis to a laboratory. This method is also the cheapest, the cost of the examination ranging from $50 to $80, depending on the urgency of the test. The company will usually send your results back within one or two weeks if you do not opt for an urgent analysis, for which you will have to pay extra. In the latter case, you will receive the results within 24 hours.

You can also send multiple samples to a laboratory and certain companies even offer a lower cost for additional material samples. For information regarding the collecting process, it is recommended to contact the company whose services you plan to request for detailed instructions. Nevertheless, a sample of approximately one teaspoon of friable material (for instance, acoustic ceiling spray) is typically needed, while for nonfriable materials (such as floor tiles) you will have to cut a piece of one square inch to send for examination.

An alternative type of sample you can mail to laboratories for testing is a dust sample. However, the cost of this procedure will be quite higher, varying from $120 to $180 due to the complexity of the analysis. The collecting process generally entails gathering a teaspoon of dust from your house in a recipient which will subsequently be sealed or, if you are unable to collect the requested amount, you can also try gathering as much dust as possible on a damp tissue which will then be enclosed in a container as well.

On-site testing entails a careful inspection and testing of the materials in your house by a team of specialists. Air can also be monitored on-site in order to detect whether asbestos particles are present in the atmosphere of your house. Although extremely efficient and accurate, this testing method, however, has a drawback. The cost of on-site sampling varies between $250 and $750, while the price of an air monitoring test will range from $300 to $1200. Additionally, if the existence of asbestos is indeed confirmed, a more detailed inspection will be needed, which will also be quite expensive ($400-$800). Nevertheless, the cost of on-site testing for asbestos depends greatly on the state, as well as on the company you opt for, so you should not be discouraged by the average prices presented here.

Having your house evaluated for asbestos presence may prove to be crucial, as even materials and products which have been deemed asbestos-free can still be contaminated due to negligence in the evaluation process or absence of testing. If you do not afford a complete an on-site inspection, off-site testing methods are often equally efficient and accurate. The average price for off-site testing of a sample material is $50, while on-site testing can cost up to $350 on average. As for an on-site throughout inspection, its average cost is approximately $600. It is important to mention that, if asbestos has been detected in your home following one of the testing methods, you will have to pay additionally for its removal, depending on the existent amount, as well as on the dimension of the contaminated space.

The following list presents some of the most well-known asbestos testing companies and laboratories available for each state, offering various evaluation methods and price ranges. For contact information and details regarding their services, you can visit the company's website or Facebook page.