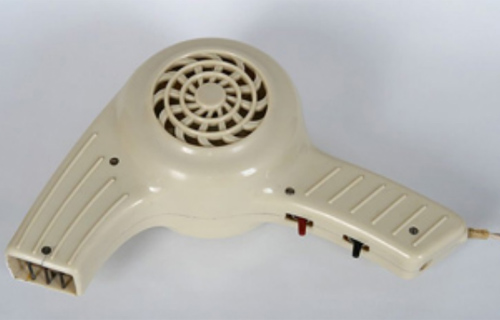 Before being found to cause various severe diseases, including cancer, asbestos had been widely used in a variety of products. This toxic mineral is mostly associated with building materials and automotive components, but a lot of people are unaware of its existence in common household items.

Cheap, easy to process, and possessing a great heat resistance, asbestos has been the manufacturers' favorite material until the first regulation attempt in 1970, with more than 4.000 products containing the mineral at the time. Therefore, it can still be found in items like hairdryers and other small appliances which were manufactured prior to this year.

When damaged or incorrectly handled, these asbestos-containing products entail a serious risk of health problems. Consequently, it is essential to locate these products and have them properly removed from your house.

Small appliances manufactured before the 1980s, including toasters, irons, and coffee pots might actually be hazardous asbestos bombs scattered throughout your home. When damaged or disassembled, these products can release dangerous fibers in the air, which can be easily inhaled. We have made a short list of some of the most common asbestos-containing household items:

In toasters manufactured in the 1950s, 60s and 70s asbestos has been used as heat insulation for the body, as well as electrical insulation for the cord. Although asbestos can be dangerous, if it's left alone and not disturbed it doesn't present a health risk.

The brands of the toasters containing asbestos are as follows:

From the 1970s until the early 1980s blow dryers were often manufactured using asbestos as insulation to diminish the fire hazard. However, the risk to an individual from sporadic use of an asbestos-emitting hairdryer is extremely low compared to the risk from many current occupational asbestos exposures.

Asbestos was also found in a range of vintage irons that were manufactured in the early 1900s. The mineral was used under the handles of the irons. However, it poses little to no danger to you at all, unless you break open the iron and scatter the asbestos about yourself and breathe it in.

Companies who once manufactures asbestos-containing irons:

Given that it is an excellent electrical insulator and highly heat-resistant, asbestos was used extensively as internal insulation in domestic heaters. While damage to asbestos sheets inside the storage heater could cause asbestos dust and fibers to be released, if it's in good condition and left undisturbed, are not a significant health risk. All heaters manufactured from 1974 onwards are asbestos-free.

Companies that manufactured heaters made with asbestos-containing materials include:

Several brands of crayons and toy detective kits have tested positive for asbestos. The risk of asbestos exposure from the products tested is relatively low. However, health experts argue that children are considerably more susceptible to environmental hazards than adults.

Some brands of crayons and toys found to have trace elements of asbestos:

Manufacturers of these products:

During the 20th century, asbestos prospered as a raw material for plenty of common household items, from bottle warmers to electric ovens. Other appliances and household objects which might contain it include:

Although most asbestos-containing appliances do not present a serious asbestos exposure risk unless they are damaged or disassembled, if you possess any of the asbestos-containing appliances mentioned above, it is advisable to remove them and have them replaced with new ones that do not contain asbestos anymore. This way, you protect yourself and the other inhabitants of the house from potentially hazardous asbestos exposure.

Asbestos-containing products should only be thrown away in authorized spaces so make sure to get informed about the special disposal places where you can take them.