Is There Asbestos in My Car?

By Cristina M. in Health 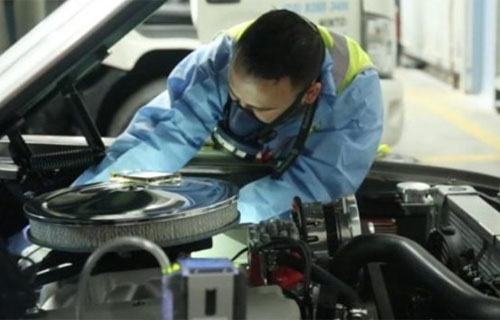 Asbestos is a mineral that has greatly influenced the development of various industries. Due to its impressive properties, like mechanical and fire resistance, it has been intensively used for a wide range of applications, from small house appliances to construction materials.

One of the most common uses of asbestos was in the automotive industry. The mineral was considered a perfect material for manufacturing vehicle parts such as clutches, gaskets, and brake pads. By vehicle, we refer to most land, air, and water means of transport. As a general rule, asbestos can be found in any material or part of a product which requires protection from fire, heat, or friction.

As far as land vehicles like cars, motorcycles, and trucks are concerned, asbestos can be found in a variety of components, some of which are listed below:

When the perilous effects of asbestos exposure on people's health were discovered, more than 40 countries - including the United Kingdom, France, and Germany - banned the dangerous mineral. However, the U.S. has never banned the use of asbestos entirely. While only new uses of asbestos and six asbestos-containing products are banned in the country, many asbestos applications, like automotive (mainly for clutches and brake pads) and fireproof clothing, are still legal.

Although it is not dangerous when found in good condition, asbestos can be life-threatening when disturbed. If it is friable, microscopic fibers are released from the mineral in the air and once inhaled, they can cause deadly cancers such as mesothelioma. Therefore, in order to prevent accidental exposure to asbestos, it is recommended to avoid performing car maintenance activities on your own. Instead, take your car to a qualified auto mechanic who is aware of the rules and regulations regarding asbestos and knows how to proceed so as to prevent hazardous exposure.