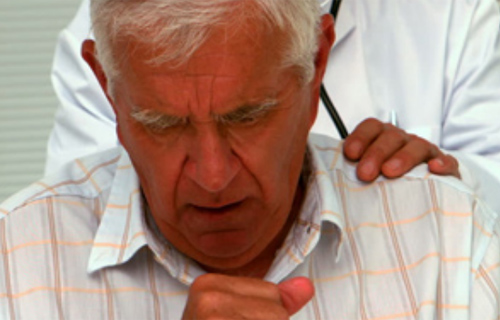 Mesothelioma is a very rare and aggressive form of cancer which develops on the outer lining of the lungs, heart, abdomen or testicles. It accounts for approximately 14,000 cases of diagnosed cancer worldwide every year, while in the US, it is estimated that between 2,500 and 3,000 people are annually affected by this disease. Due to its low prevalence, mesothelioma represents less than 1% of all cases of diagnosed cancers. Asbestos exposure is currently the sole known cause of mesothelioma, with 70-80% of patients having a history of prolonged exposure to these toxic minerals.

A Brief History of Mesothelioma

Due to the rarity and complexity of mesothelioma, it has been frequently misdiagnosed over the years. Pleural mesothelioma entails symptoms similar to those of less severe diseases such as pneumonia or asthma, while peritoneal mesothelioma often mirrors the main signs of conditions such as irritable bowel syndrome. Thus, misdiagnosis is unfortunately not uncommon, even with today's advanced diagnostic techniques and examination procedures.

Some of the earliest reported cases of mesothelioma can be traced back to the beginning of the 20th century. Following an in-depth analysis of several samples from 1935 using modern techniques, it has been revealed that three men working at Harland & Wolff, the famous shipyard in Belfast where Titanic was built, were suffering, in fact, from mesothelioma. Over the course of the last half of the 20th century, several independently working pathologists have been trying to discover the correlation between respiratory cancers and asbestos exposure. For instance, German researcher H. W. Wedler found lung and pleural malignancies in asbestosis victims after examining a series of autopsy records, while German physician F. Leicher was the one who reported the first case of peritoneal mesothelioma in a textile factory spinner.

However, the term mesothelioma was coined by J. G. Adami, a British pathologist, in 1909 and English pathologist Steven Gloyne was the first to suggest that mesothelioma might be caused by long-term exposure to asbestos. Nowadays, even though debate and research regarding the disease and its treatment are still ongoing, it cannot be denied that significant breakthrough has been achieved in this respect, with the development of innovative diagnostic procedures and treatment approaches.

What Is the Mesothelium?

The mesothelial membrane, also named mesothelium, is a thin protective layer of cells which forms the outer lining of several organs and body cavities: the lungs (pleura), abdominal cavity (peritoneum), heart (pericardium), as well as the reproductive organs (tunica vaginalis testis and tunica serosa uteri). The mesothelium is involved in various processes within the body, such as fluid transport and inflammation and tissue repair. However, the primary function of the mesothelial membrane is the secretion of a lubricating fluid which provides a favorable surface for intracoelomic movement (movement within the body cavity).

When mesothelioma occurs, malignant tumors will develop on the mesothelium. These growths can subsequently spread to adjacent organs as the disease increases in severity. If exposure to asbestos is prolonged or frequent, inhaled or swallowed fibers can gradually accumulate in certain regions of the mesothelial membrane, producing severe inflammation which can, in turn, lead to the development of cancerous cells.

Unlike most forms of cancer, whose main cause tends to be either genetic or related to lifestyle factors, the majority of mesothelioma cases appear due to an environmental factor: exposure to asbestos. Asbestos refers to a group of naturally occurring minerals which have been used for decades following the Industrial Revolution in the US due to their properties. Because it is heat resistant, durable and unable to conduct electricity, asbestos proved to be a perfect raw material for numerous industries such as construction, automotive and shipbuilding. Nowadays, it is deemed a carcinogen by multiple agencies, including The International Agency for Research on Cancer and The National Toxicology Program.

It was only in the early 1970s that people became aware of the serious health risks associated with exposure to these toxic minerals. Consequently, asbestos has been strictly regulated over the past five decades and 55 countries completely banned its use. However, there are still major exceptions, including the US, where the use of asbestos is poorly managed or downright neglected by some companies because of its low import costs and accessibility.

Despite the fact that asbestos exposure is currently the only known cause for malignant mesothelioma, being responsible for up to 80% of the diagnosed cases, there are also other factors which may increase one's risk of developing it:

Exposure to radiation: Although there is not sufficient evidence to support it, research has suggested that radiation exposure involved in the treatment of other forms of cancer might heighten a person's chances of developing pleural or peritoneal mesothelioma. Moreover, thorium dioxide, a chemical which has been used in X-rays until the 1950s, might be responsible as well for increasing the risk for this disease.

Simian Virus 40: People who were vaccinated against poliomyelitis between 1955 and 1963 may also be more prone to be diagnosed with mesothelioma, as millions of vaccines were contaminated with this virus during that period of time. The risk, however, has not been accurately assessed or confirmed, as the matter is still under debate.

Exposure to similar toxic minerals: Zeolites, a group of minerals with similar properties to asbestos, may represent a risk factor for mesothelioma as well. Although their safety has not been properly evaluated yet, a large number of mesothelioma cases have been reported in a region of Turkey where erionite (a type of zeolite minerals) is commonly used as a building material.

Genetics: Asbestos exposure, even when it is prolonged or frequent, leads to the development of mesothelioma in very rare cases. Due to the low prevalence of this malignant disease, a series of studies focused particularly on the genetic background involved in mesothelioma. Thus, it has been revealed that a genetic mutation, BAP1, may significantly increase the risk.

Tobacco use: Smoking has not been confirmed to represent a risk factor per se. However, in conjunction with long-term exposure to asbestos, smoking may indeed increase a person's chances of developing malignant mesothelioma by up to 90% due to the additional inflammation it produces within the lungs.

Mesothelioma can occur at any point between 10 and 50 years of the initial asbestos exposure, although the average estimated latency period is between 30 and 45 years. The reason why the majority of patients diagnosed with mesothelioma are in their 60s or 70s refers to the development process of the disease. The inflammation of the mesothelium caused by asbestos fibers tends to gradually aggravate over the years, ultimately leading to the occurrence of tumors. Mesothelioma thus entails a long latency period, its evolution typically extending over the course of several decades.

Nevertheless, there is a series of factors which can significantly influence the latency period, such as the duration of the exposure and the dose of inhaled or swallowed asbestos fibers. It has been discovered that shorter exposure durations and lower doses of fibers generally imply a delayed occurrence of the disease. Moreover, age and gender may alter the latency period as well.

Types and Symptoms of Mesothelioma

Pleural mesothelioma accounts for over 80% of all cases, being almost exclusively caused by asbestos exposure. It affects the outer lining of the lungs (pleura). Approximately 2,500 people are annually diagnosed with this type of mesothelioma. Although the patient rarely experiences any distressing symptoms in the incipient phases of the disease, the most common signs of pleural mesothelioma are:

As the second most common type, peritoneal mesothelioma is responsible for 10-20% of the diagnosed cases. The tumor develops on the abdominal lining (peritoneum). Fibers of asbestos which were inhaled may accumulate on the peritoneum by traveling through the lymphatic system. Annually, there are approximately 500 new cases of peritoneal mesothelioma. Similarly to the other three types, it does not cause any perceivable discomfort in the early stages either. However, some of the main symptoms include:

Pericardial mesothelioma is among the rarest types of this malignant disease, with a prevalence of less than 5% of all diagnosed patients. It affects the outer lining of the heart (pericardium) and can occur due to asbestos exposure as well. Less than 50 cases of pericardial mesothelioma are diagnosed annually. The most frequently experienced symptoms of this type are:

Mesothelioma occurring on the lining of the testicles (tunica vaginalis testis) is the rarest type of this disease, accounting for less than 1% of the diagnosed cases. Due to the low number of people suffering from testicular mesothelioma, a clear correlation with exposure to asbestos has not yet been established. Nevertheless, it is estimated that approximately 35% of the diagnosed patients have a history of asbestos exposure, which might indeed indicate the existence of a causative relation. Some of the symptoms which may accompany testicular mesothelioma are:

Who Is at Risk for Mesothelioma?

Since exposure to asbestos represents the only known major cause of mesothelioma, people who have directly worked with asbestos have an increased risk of developing the disease. However, even though asbestos use is more strictly regulated and completely banned in certain parts of the world, the toxic minerals are far from being rarely encountered, as numerous buildings which were erected before the 1980s contain asbestos in their floor tiles, insulation or roofing shingles. Additionally, there are multiple other asbestos-containing or asbestos-tainted materials and products which may put one's health at risk. Thus, the following workers and professionals, whose job may entail exposure, are at an increased risk for mesothelioma:

Mesothelioma is a very aggressive form of cancer which does not generally have a positive prognosis. Due to its resistance to treatment and because it is frequently detected in its advanced stages when treatment options are limited and less efficient, the majority of patients diagnosed with mesothelioma have a life expectancy of approximately one year. Moreover, it is not uncommon for mesothelioma to recur after the tumor has been successfully removed and cancer has entered remission.

When the disease is discovered in its incipient phases, however, prognosis improves and life expectancy extends as well, with patients surviving for over 5 years. A multi-modal treatment approach combining radiotherapy, chemotherapy, and surgery, as well as experimental treatments available in clinical trial has often proved to be effective in curing this malignant disease.

The number of mesothelioma cases is expected to rise within the following two decades since this form of cancer entails a long latency period, which will subsequently be followed by a decrease in their prevalence. As asbestos exposure was significantly more frequent before the 1980s, the majority of people who have recently been diagnosed with mesothelioma are elders who worked in high-risk environments in their youth. Unfortunately, in certain developing countries such as China, India, Russia and Thailand, the mining, use, and export of asbestos is increasing, thus contributing to the perpetuation of mesothelioma.