Is There Asbestos in the Vermiculite from Your Attic? 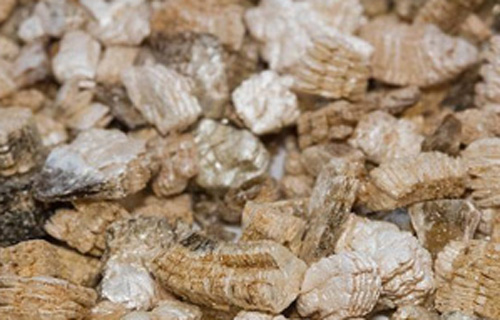 Although media coverage has done a good job at familiarizing the public with the health dangers of asbestos, it is important to keep in mind that under specific conditions, the toxic mineral does not actually cause any harm. If left undisturbed in whatever compound it is a part of, asbestos does not pose any threat.

However, when it is released into the home environment in the form of fibers, people are at risk of inhaling sharp microscopic pieces that will lodge themselves into the sensitive tissue surrounding the lungs, the abdomen or the heart with the body having no way of eliminating them. This means that toxic asbestos fibers will keep irritating vital internal organs and over time, even up to five decades, diseases such as lung cancer, asbestosis or mesothelioma can develop.

Vermiculite is a mineral that has a pebble-like appearance and in general, it is either gray-brown or silver-gold. Its reaction to heat is the property that made it fitting for insulation jobs, more precisely, the way the mineral expands up to ten times its original size when exposed to high temperature. When expanded, the mineral shows even more desirable physical and chemical qualities as it is lightweight, it has no smell and it is resistant to fire. As a consequence, the material has been widely used in insulation jobs particularly in attics.

More than 70% of all the vermiculite that was on the market in the United States between 1920 and 1990 originated from a mine that was situated near the city of Libby in Montana. At the same mine, there was also a significant deposit of asbestos which means that more often than not the extractions of vermiculite were contaminated with the toxicity of asbestos fibers. As fate would have it, the vermiculite that was mined at Libby became an important insulation product under the brand name Zonolite as sold by W. R. Grace & Co.

Furthermore, for many decades both homeowners and contractors were exposed to toxic substances while dealing with vermiculite insulation. It was easy to work with, as the only thing that needed to be done was to have it poured out of the bag, and also the price was an affordable one which made for a successful business with high demands for the mineral, much like all the asbestos insulation businesses of the time.

Dealing with the Vermiculite in Your House

If you are the homeowner of a house that has vermiculite insulation in it, the safest way to go would be to approach it as if it contains asbestos in order to make sure you are protected from any kind of contamination. However, it would be best if you would look into the services of a professional that has the proper experience and equipment to rid your house of hazardous substances. You should not disturb the vermiculite in your attic or open up the walls to search for it by yourself as you can contaminate your living space and endanger your family.

The most common scenarios in which the average homeowner is at risk of disturbing attic vermiculite are the following:

If you are certain that you have vermiculite insulation, these are a few things you should consider in dealing with the issue: