By Stan G. in Uncategoriezed 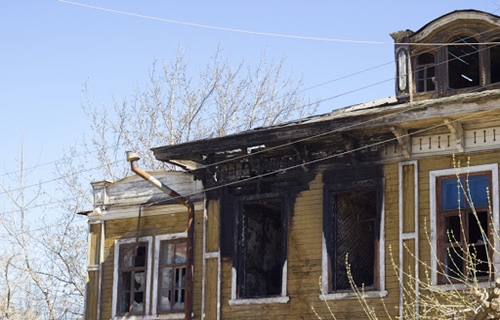 There are a large number of fires in the US each year, especially in rural areas.

Sometimes these are the result of a combination of weather and vegetation and cause significant property damage.

After a domestic fire, you may find yourself worrying about toxic smoke particulates and partial collapse of the structure, and asbestos exposure may also be a significant concern.

In days gone by, asbestos was used in many building products before we were aware of its dangers. It was often mixed with other materials to provide superior mechanical, thermal, electrical, and optical properties and was also commonly used for the purposes of insulation. Roofs, drywall texturing, floor tiles, acoustic ceilings, cement pipes, pipe coverings, are some building materials most likely to contain asbestos.

Around 80% of all buildings that were built between the 1940s and the 1980s were constructed with asbestos, which was often chosen due to its desirable physical properties. Although fire does not completely destroy asbestos-containing materials, it can cause significant extensive damage to the structural integrity of asbestos-containing building materials, which would, in turn, lead to the release of airborne asbestos.

Asbestos is not flammable; in fact, it is believed that the word asbestos actually comes from ancient Greek, meaning "unquenchable" or "inextinguishable" because it was used to make items such as wicks that would never burn up. However, during a fire where asbestos-containing materials are present within a home, these materials can be subject to excessive damage. It is when asbestos materials become damaged that they can release microscopic-size asbestos fibers.

Though asbestos is not flammable on its own, there are several ways a fire can expose people to asbestos, including:

Homeowners Should Minimize Contact With Fire Debris, Which May Contain Asbestos

Asbestos is not generally considered a health hazard unless it is releasing fibers into the air where they can be inhaled or ingested. Once inhaled, these particles collect in the lungs, causing scarring and inflammation. Thus, avoiding these airborne particles is critical.

Fire-damaged asbestos-containing materials can become brittle and breakable and transform into a very serious health hazard, therefore, extreme caution needs to be taken during cleanup after a fire in a property that contains asbestos. Only licensed asbestos professionals should be trusted for the job.

As far as asbestos in a fire is concerned, prevention is clearly a fundamental aspect, and carrying out regular fire risk assessments is crucial. Consequently, it is safer to leave debris from a fire involving asbestos-containing material where they are and to contact a licensed company with experience in the removal and management of asbestos. If there is evidence of asbestos-contaminated dust and debris in the garden, you should avoid disturbing the material, for example, don't mow your lawn until it has been cleared up and removed.

For More Information on the Risk Posed by Asbestos in a Fire, Contact a Highly Qualified Professional Training Adviser

As previously mentioned, many older residential buildings may contain asbestos, mainly as cement sheeting in walls, ceilings, eaves, fences, and roofs. If these are damaged by the fire it can lead to the spread of asbestos contamination which needs to be managed by a licensed asbestos abatement contractor.

If the worst-case scenario occurs and fire damages the building, you may need to carry out asbestos air testing and sampling to establish the scale of the contamination. If you'd like more information on the risks posed by asbestos materials during a fire, and how you can manage these risks, please contact one of our partnered asbestos consultants.