How Can I Spot Asbestos Pipes in or Around My Home? 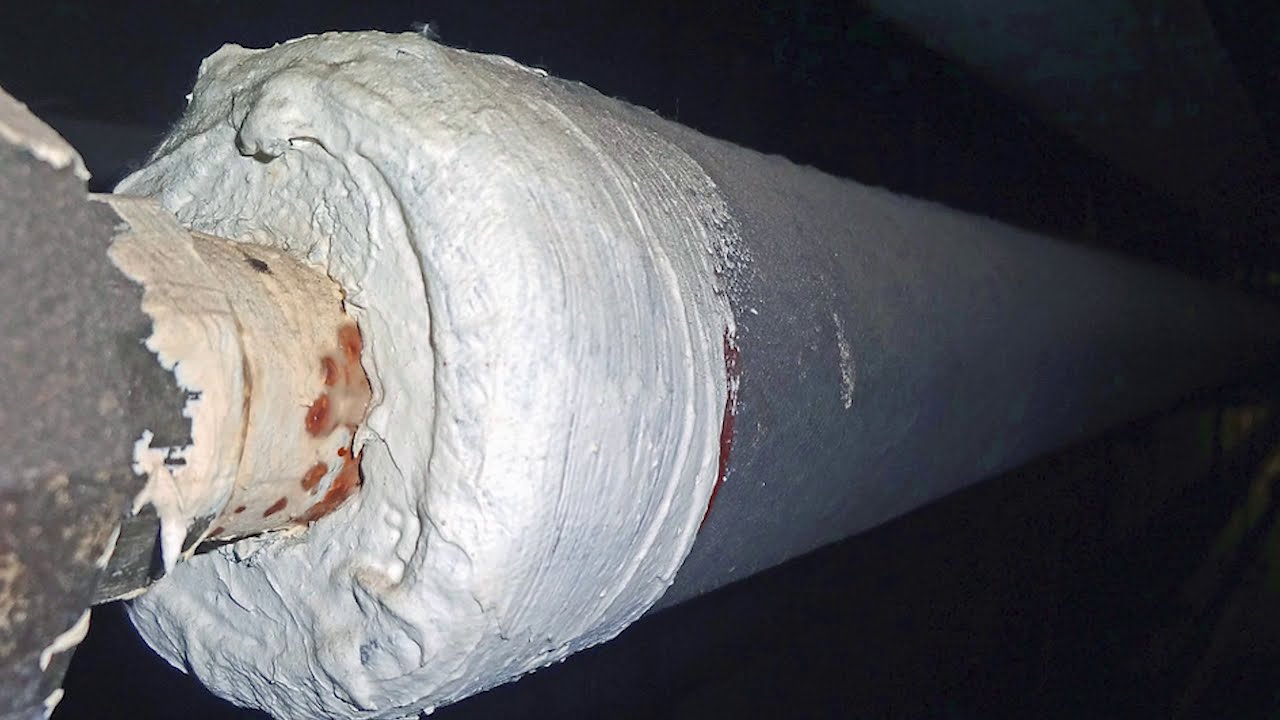 Asbestos fibers had been a part of pipe manufacturing ever since the late 1800s, with the toxic mineral having been officially regulated in the United States only in the 1980s.

The asbestos fibers are lightweight while simultaneously having the capacity of adding strength to mixtures they are poured in which was a combination that worked ideally for pipes. As a consequence, the infrastructure of the nation is mostly made of millions of pipe miles that contain asbestos mixtures.

Since a more systematic work with asbestos pipes began in the 1930s and the estimation of the lifespan of some of them is approximately 70 years, the recent decades have seen concerns about their deterioration and the exposure to the damaging substance.

The industry of pipe manufacturing made use of materials that had asbestos in it mainly in two ways, i.e. in producing the actual pipes and in producing pipe wrapping.

In the case of steel pipes, asbestos-embedded materials presented yet another advantage provided by its natural qualities and that was a low electric conductivity which significantly increased the safety of such items in the vicinity of static charges. Displaying a lack of chemical reaction in relation to other substances, the mineral was easy to mix in with other materials. Additionally, asbestos was to be found in the majority of mines across the United States which made it available not only materially but also financially.

Back in the day, the manufacturers were primarily producing two types of pipes that contained asbestos. Firstly, there were the already mentioned steel pipes, typically destined for high-pressure jobs. In the case of steel pipes, their overall composition usually consisted of up to 15% asbestos fibers, but if insulation was also present then it would have been 100% made of asbestos. The other type of asbestos-containing pipe was the one made of cement, which, like all asbestos cement products, was broadly known under the brand name Transite. It is many of these that have reached a time when they finally need replacement after storing sewer and storm drains, but also potable water for most of the 20th century.

If you're not sure whether your property contains asbestos piping, you can perform a quick inspection to look for the following signs:

Apart from visually inspecting your home, it would be best to have the products tested by an asbestos expert so that you are certain that your family is safe.

Asbestos Pipe Repair, Rehabilitation, and Replacement Should Be Treated With Care

Pipe manufacturers were mainly incorporating chrysotile, otherwise known as white asbestos, and amphibole asbestos in their products. When left alone and undisturbed, items that had asbestos in them do not cause any harm, however, asbestos pipes are hardly the kind of product that would be intact after its use.

If you know for sure that the pipes that you wish to remove have asbestos in them and you decide you want to do the removal on your own, you should take steps to contain the exposure to asbestos toxicity as much as possible. Therefore: