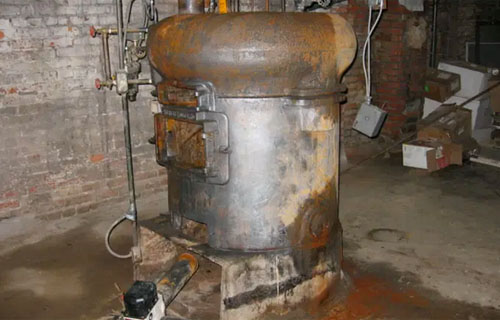 Many would argue that hot air furnaces are among the vital components of the heating, ventilation and air-conditioning systems inside a building. Whether in a home or in public edifices, furnaces can be found in various configurations, sizes and shapes ever since their massive takeover of American buildings back in the mid-1800s when they started to replace fireplaces. The advances in economy and in technology allowed for changes in the type of fuels used for generating heat, aiming at new levels of comfort and practicality that could be attained by the larger masses, but that would also imply modifications or the replacement of old furnaces with ones that can keep up with the progress made by combustible usage.

Asbestos and Commercial Use

As the 20th century brought along the popularity of asbestos in fields concerned with construction, an immediate effect of the success it was reaching in that domain was for the mineral to be exploited for commercial use as well, making its way inside houses in the form of insulation and home appliances. Given the fact that asbestos has a great resistance to high temperatures, it has the physical property of being non-corrosive and it is also chemically inert, having no reaction when combined with materials such as coal, gas fossil fuels, oil or wood, the mineral presented a kind of stability that deemed it as being easy to work with and accommodating for many different types of applications. As it was extracted consistently in mines from all over North America, the mineral was plentiful and, as a consequence, affordable for the majority of businesses.

How Did Asbestos Get into Your Home?

Before asbestos usage was regulated in the 1970s, the mineral was mixed in the materials used to build furnaces all across the nation. The main use of asbestos in this matter was to act as an insulator in regard to boilers, burners and hot fireboxes and allow for the safe use of combustible substances. Asbestos-containing materials were, for the bigger part of the 20th century, the norm in the processes of construction and installation of furnaces. In this sense, the most popular choice of mineral fiber was Chrysotile asbestos, otherwise known as white asbestos, accounting for about 95% of the asbestos in the United States.

Although nowadays furnaces are no longer constructed using the toxic mineral, the fact remains that old appliances that were built and purchased prior to the 1970s might contain the hazardous substance. Empirically, the most common components of furnaces that contain asbestos in their mixtures are:

With furnace products, just like in the case of other items that were made with asbestos, there is no reason to be concerned about health issues if the materials containing the mineral have been well-kept over time, meaning that the toxic substance would be sealed in underneath the intact surface.

However, if the products are visibly falling apart releasing dust in the process, then they are definitely dangerous because they would simultaneously be releasing toxic asbestos particles. The most frequent scenario that occurs is that the duct wrap, gaskets, and sealants crumble over time due to the constant contraction motion of a functioning furnace system and, thus, the Chrysotile asbestos is released in the home environment. When inhaled, the sharp microscopic fibers can cement themselves on the soft tissue of vital internal organs such as the lungs, the heart, and the abdomen, causing irritation until a tumor might develop.

How to Deal with the Asbestos Furnaces Inside Your House

Friable asbestos constitutes a very real danger, especially since illnesses caused by asbestos are very difficult to spot until they have developed and reached such late stages that nothing can be done about it. Asbestosis, lung cancer and mesothelioma are just a few of the conditions that breathing in the fibers could potentially have on the human body decades after the exposure had happened. Deteriorated old furnaces should be treated with caution by the homeowner and they should be removed as soon as possible.

As it is highly improbable for a person that has not been trained in working with asbestos to accurately spot the mineral, the safest approach would be to consult an experienced professional that has the equipment that allows for secure removal of the hazardous materials.

If, however, one chooses to go through with removal plans without the help of a professional, they should make sure they contain the toxic dust as much as possible by: